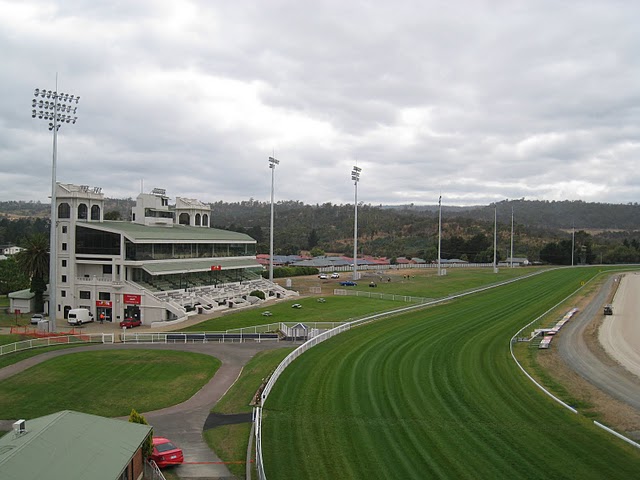 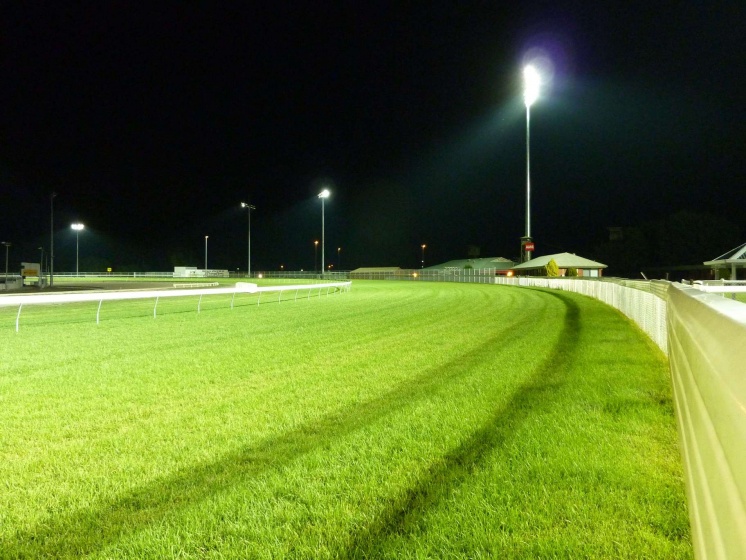 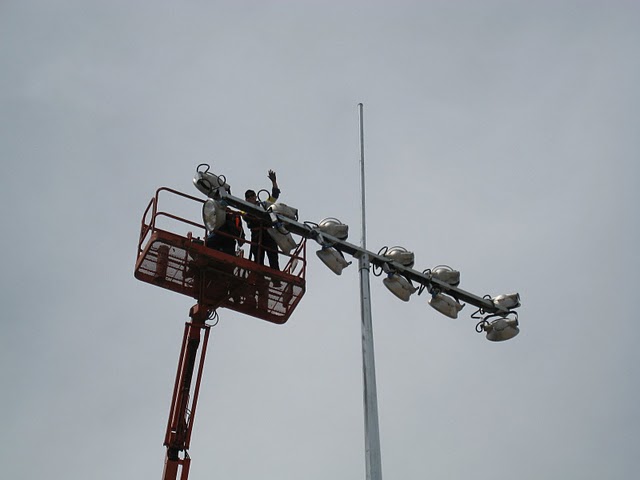 Thursday 15 April 2010 welcomed Night Racing at the TOTE Racing Centre in Launceston. The lights performed flawlessly and were described as "sensational" by race officials and many of the 3000 punters in attendance.

The installation of the $6 million lighting system at Mowbray for Tasracing by Fallon Services will mark the dawn of a new era for Tasmanian racing where racing can now become part of the global racing community.

Sky Channel has advised that the positioning of the racing in the night time slot provides an opportunity to beam the racing into countries such as South Africa, New Zealand, Europe and UK betting shops and in the future possibly also Asia and the USA.

Fallon Services initially became involved at the concept stage in early 2009 in designing the lighting system and then won the right to construct the world class lighting system through a public tender process.

The racing lighting system includes 40 poles up to 42 metres in height that comply with civil aviation safety authority requirements to safeguard air traffic at Launceston Airport.

The Phillips lighting system includes 700 luminaires and complies with AS 4282 controls for obtrusive effects of outdoor lighting with a maximum of 25 lux at property boundaries. It also takes into account traffic safety on surrounding roads.

The lighting meets all requirements for international broadcasting of colour television. This includes the correct colour rendering and colour temperatures as well as lux levels.